“The woods were silent until the first squeak of cricket, followed by young frogs in the creek below and the rising drone of cicadas. He inhaled the heavy scent of summer earth, a loamy musk that settled over him like a caul. He was home.”  — Chris Offutt in The Good Brother

“I fancied I could smell the Mississippi, which for me is southern America in a liquid form, signifying fried catfish, roasting ears dipped in butter, and watermelon in the cool of the evening, washed down with corn liquor and accompanied by the blues.”  —  Alan Lomax in The Land Where the Blues Began

“They have thundered past now and crashed silently on into the dusk; night has fully come. Yet he still sits at the study window, the room still dark behind him. The street lamp at the corner flickers and glares, so that the bitten shadows of the unwinded maples seem to toss faintly upon the August darkness. From a distance, quite faintly, he can hear the sonorous waves of massed voices from the church: a sound at once austere and rich, abject and proud, swelling and falling in the quiet summer darkness like a harmonic tide.”  —  William Faulkner in Light in August 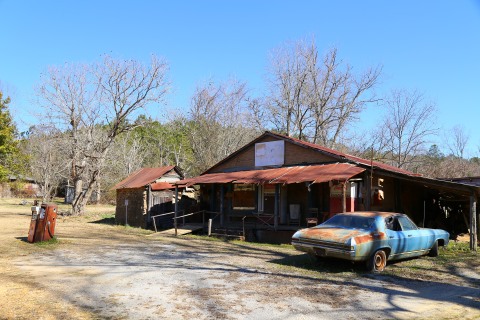 § One Response to “Quote Unquote”